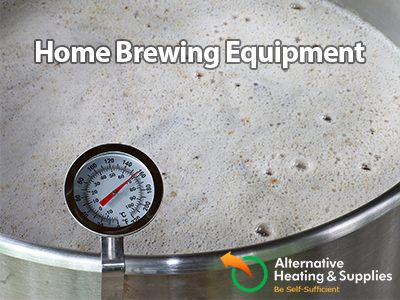 Home breweries are trending these days and are beginning to pop up everywhere. With homebrewing’s popularity on the rise, Alternative Heating & Supplies wanted to provide the perfect addition to any homebrew operation. The Dragon Plate Chiller is an essential brewing addition to your home brewing system.

The Dragon Plate Chiller promises to cool your wort to a lower temperature to get the best cold break possible, and positions your wort to the ideal pitching temperature on the first pass. This plate chiller allows the homebrewer to bring boiling wort down to a yeast pitching temperature in a fraction of the time than ice bath takes. The only back draw to this is there’s not even enough time for the beer enthusiast to drink a cold beer in the interim. 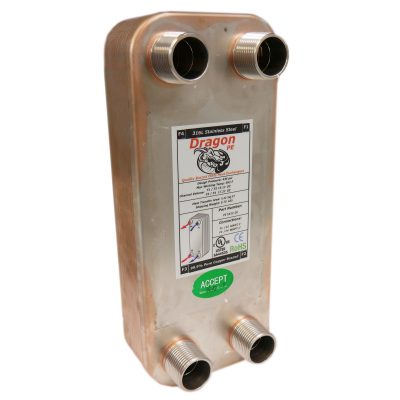 The brewing process can be tricky from start to finish. Wort is a brewing term that basically means unfermented beer, which makes wort the first rung of the ladder to climb in the pursuit of beer. Many things have to happen in the brewing process before one can even get to the fermentation stage, which is when the beer actually becomes beer. When wort is brought to a steady boil for an hour until the heat breakpoint, the proteins in the wort will visibly gather. This will ensure that they won’t add any off-flavors to your homebrew. Before adding the yeast that ferments the liquid into beer the wort has to cool.

Once the wort has cooled be sure to add in the fermenting yeast. This is often referred to as yeast pitching (temps between- 65-90 degrees F.) At this stage, cooling is of the utmost importance. Beer enthusiasts are well aware that the yeast is our friend, and killing the yeast during the cooling process is ill advised; you need yeast. Bottom Line: if the wort is good, the finished product will be as well.

With the prior in mind, the Plate Chiller is a vital instrument in making a quality brew. Investing in a high-quality Plate Chiller will exponentially increase your home brewing success rate, and protect your initial investment in both time and hops. Head on over to the Alternative Heating & Supplies website to view our selection of Dragon Plate Chillers.

Success!
You have deleted an item from your cart.